In this tutorial we will explain an easy way to create and customize a mind mapping, hierarchy or tree view in android studio using Mindo android library, which brings an easy approach to implement this with its full functionality.

As mentioned in the github repo, we will add the dependency in two steps:

Step 1. Add it in your root build.gradle at the end of repositories:

In our xml layout, we will only add the MindMappingView:

Be aware, you need to add background color to display the connections.

In our activity we will init the mindMappingView:

Now we are ready to go and add our items, so will start with our root or the central item which will be at the center of the view and then we can add child items to it:

I have used true for the default style of the root item, I can customize it later or I can set it to false so I only get a LinearLayout with two vertically sorted TextViews (Title and Content). For sure you can customize those TextViews as well.

We will create 4 items then adding them as child of the root in the four different sides of the root: 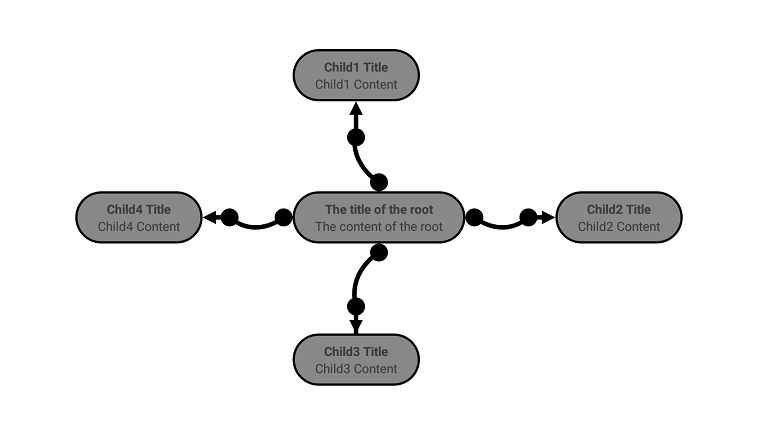 We can add textviews on the connection between the root and the different items. For this we will create the ConnectionTextMessage and init it when adding the child to its parent (as shown in the above step): 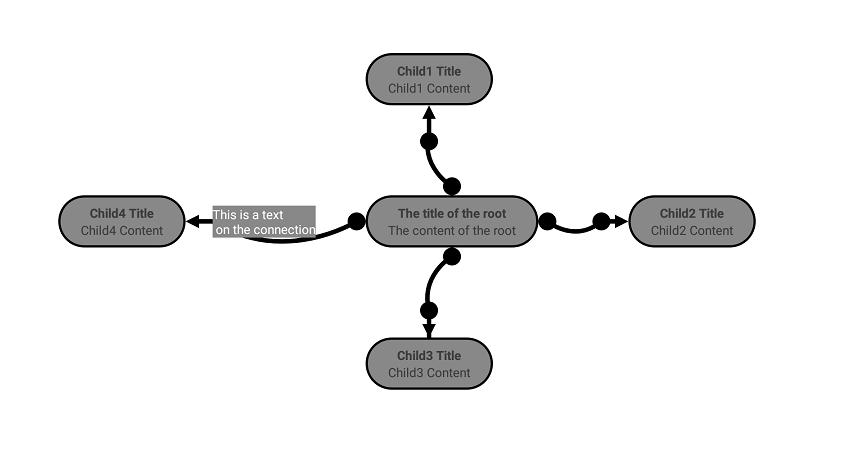 We can add childs to the child of the parent and we can set child for these themselves, for example:

All views are extended from other android default views so we can use the default listener, except the drag able items, we will need to use the library OnItemClickedListener as following:

As mentioned, the views are extended from default android views so we can customize them as we do for the default one. I will give an example of customizing the subChildToConnect: 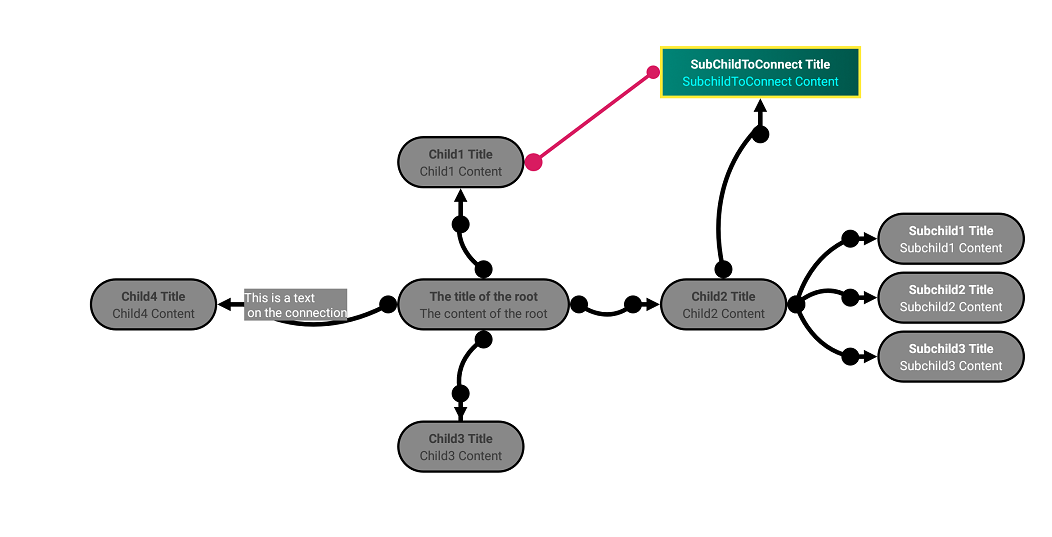